Ca sĩ: Cradle of Filth Album: Damnation and a Day Damned In Any Language (A Plague On Words)

"And there was war in heaven. Michael and his angels fought against the Dragon, and the Dragon fought and his angels, and prevailed not. Neither was their place found anymore in Heaven. And the Great Dragon was cast out, that old serpent called the devil and Satan which deceiveth the whole world, he was cast out into the Earth and his angels were cast out with him."
[Revelations 12:7-9] 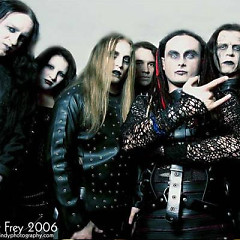