[DMX]
Same old shit dog, just a different day
You know how niggaz do, when we play, how we play
IT IS NOT, A FUCKING GAME!
A man's gotta do what a man's gotta do
If it's fuck me nigga, you know it's fuck you
I kick it to shorty to try to help him understand (uhh)
Hit him with work, cause yo, that's my little man (uh-huh)
He asked a few questions bout the game and I told him (yeh)
So when he made a bad move it was my place to scold him (aight)
Never told him nuttin wrong, kept it fair
Didn't listen, so I might as well have been talkin to the air (damn)
Everybody makes mistakes, a mistake is aight
But if it ain't, I'ma tell you straight, time to say goodnight
Nobody likes to be played, regardless of the relationship
but shorty's fuckin up big time, I HATE THIS SHIT
I'm caught in the middle of, havin love for a lil nigga
knowin what's expected of me as a, real nigga (damn)
My next move is crucial, what do I do?
How do I keep it real with shorty in my crew?
Didn't want to kill him, so instead of puttin the Mac on him
I did the only thing I could do, turn my back on him (aight?)

[DMX]
Niggaz that I fuck wit, wanna get him dead
But I'm cool with shorty's peoples, so I let him live
Under normal circumstances, he would be a marked man
but I hit him with a grand, just didn't shake his hand (ooh)
Go about your business (uh-huh) do what you gonna do (uh)
Be what you gon' be, I wash my hands, I'm through (aight?)
I can forgive I just can't forget
You're on your own lil' man don't ask me for shit (no)
If you paid attention to what I taught you then you good (uhh)
If I see you again, GET IT, understood?
Go 'head before I change my mind cause you know you should be dead
"I just wanted to say --" AIGHT?!!!! GO 'HEAD!
Instinct told me to kill him but the saviour is
I'm a good nigga, plus I owed his peeps a favor (hmm)
But I also knew, the decision I just made (yeah)
went against the rules of the game that we played (damn)

[DMX ]
I should have, followed my first instinct, cause I knew
Sometimes you gotta do what you gotta do
Now this nigga's fuckin with the competition (WHAT?)
Ungrateful motherfucker, shoulda got him missin (WHAT?)
This nigga got the nerve, to take my kindness, for a weakness
Gotsta get back on some street shit so I can creep this
rat, when I act, take one, set him up, to take two
get him there, take three, get him done
Wasn't hard for me to get him where I wanted him, confronted him
{*barrel spins*} BZZZZZZZT, CLICK! There was a bullet in one of them
Feelin lucky? CLICK, looks like you are
CLICK CLICK CLICK, luck ain't goin too far
What you did was put on another pair of shoes
and they just happened to be too big
What you did was stupid (damn) real fuckin stupid (aight?)
Well shorty I gave you a chance and what did you do?
Threw it back in my fuckin face so FUCK YOU TOO (BLAM) aight? 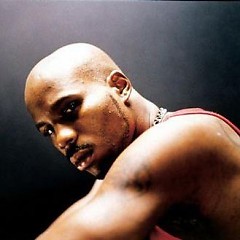